Reinforcement continuity strip – a structural component, not an accessory

Over the years, the reinforcement continuity strip has become ‘normalised’ to the extent that some contractors (there are of course credible exceptions) appear willing to procure it with little more regard than a bag of spacers.

Derek Brown of Invisible Connections looks to re-position its structural importance and to inform a new generation of specifiers and users that reinforcement continuity systems play a vital part in maintaining structural integrity at construction joints. 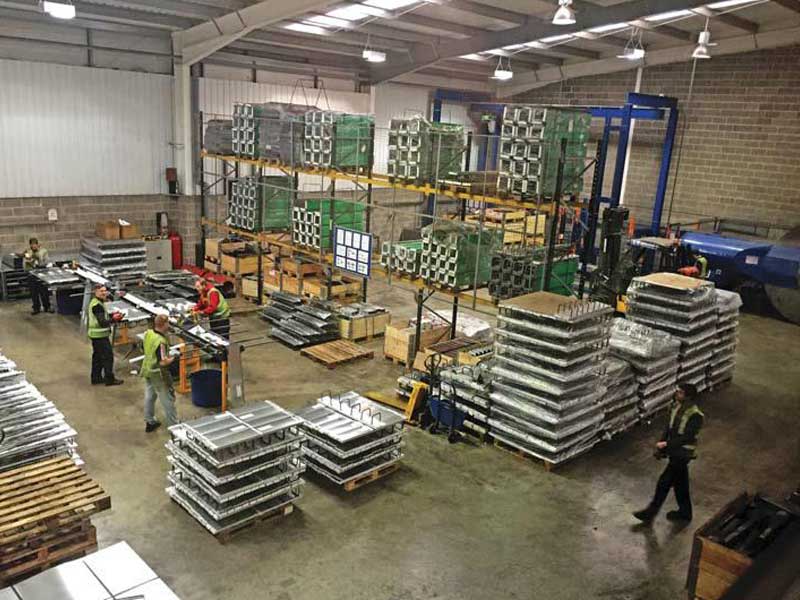 Some 35 years ago, it was commonplace for reinforcement ‘starter bars’ to be poked through drilled holes in timber shutters. As this was time-consuming and wasteful of expensive ply, some contractors turned to the idea of site-bending loose reinforcement into 3D shapes, so that ‘pull-out legs’ could be cast directly into the concrete, just below the wall surface.

These legs would then be dug out of the surrounding concrete and bent straight for lapping reinforcement of the consequent pour. This practice was in conflict with the then Standard CP 110(1) (to become BS 8110(2)), which stipulated that high yield reinforcement (then of yield strength 460MPa) should not be rebent without the approval of the engineer, who rightly had numerous structural concerns, for example:

In the same era (about 1980), the first ‘reinforcement continuity strip’ was introduced. It was well received. Suddenly, it was possible to order starter bars to be supplied within special carrier casings, made of either polyurethane foam or light-gauge steel. Steel fixers were able to pick up a singular handle-able unit and position several bars at a time, without ruining expensive shutters. Also, an air of engineering confidence and ‘respectability’ was instilled (rightly or wrongly) as faith was placed in manufacturers expected to act responsibly and to ‘know what they were doing’. Even so, there was a strong hangover of engineering concern regarding the rebending of high yield reinforcement and many engineers took quite some persuading that this was a safe act.

In the early 1980s, the Certification Authority for Reinforcing Steels (CARES) was established. Its stakeholders were (and are to this day) senior professionals from specifiers, contractors, manufacturers and technical advisory groups.

Prior to CARES’ existence, it was quite possible (wittingly or otherwise) for reinforcing bar fabricators to source reinforcement manufactured from recycled and brittle railway lines. After CARES’ inception, specifiers could take confidence that approved and regularly audited ‘cut and bent’ reinforcing bar fabricators would source and process only material that met required performance Standards. Thus, for the first time, there was a form of end-to-end ‘governance’ covering all key aspects, starting with worldwide mill manufacture, through to local ‘cut and bent’ fabrication and the traceability of materials used on-site.

Roll on a few more years, to the late 1990s, and CARES turned its attention to structural components such as reinforcement continuity systems and threaded couplers, which were manufactured using reinforcement, yet were not specifically covered by any product Standard.

The CARES Technical Approval Scheme was born. The very first structural component to be assessed was a reinforcement continuity system. The regime was tough; reinforcement had to be specially selected for suitability of its metallurgy and manufacturing process route, then mechanically tested for its suitability to be rebent (not all types of reinforcement were suitable).

Full scale structural tests followed, whereby concrete elements were loaded to destruction and analysed for behaviour in different conditions (particularly yield and cracking). Results were conveyed in the form of a published Technical Approval Report. Thus, for the very first time, the specifier could place faith in the structural performance of CARES approved reinforcement continuity systems, of which there are currently four: Eazistrip (by Ancon), Ferbox Reinforcement Continuity System (by Invisible Connections), Kwikastrip (by Halfen) and Startabox (by RFA).

Achieving Technical Approval isn’t a one-off process. Approved manufacturers responsibly invest ongoing time, effort and financial commitment to ensure the structural integrity of reinforcement continuity strip. Apart from demonstrating that minimum requirements for mechanical and structural performance are met, there are many other subtle yet important aspects to be established and monitored.

Some examples are as follows:

Using a reinforcement continuity strip shouldn’t result in any compromise to reinforcement design. UK CARES approved manufacturers are adept at the timely fabrication of units to accommodate principal design needs, particularly the need for adequate anchorage and lap (increasingly demanding since the adoption of EC2-based designs(3). 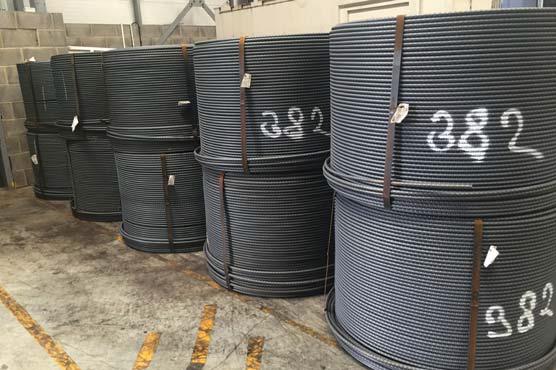 Nonetheless, there is a proliferation of continuity systems brought into the UK by concrete accessory distributors, often motivated by commercial forces rather than technical need and evaluation. These systems are often offered, without any recognisable form of approval.

Moreover, such systems tend to be entirely ‘standard’ in configuration, which sometimes offers little to address the needs of reinforcement design. One particular example pertains to anchorage. Standard units typically have an anchorage depth of 170mm, which has no basis in anything other than the fact that it happens to be the maximum possible in, say, a 200mm-thick wall (with allowance for concrete cover).

But what about, say, a 300mm-thick wall, where the ‘standard’ anchorage stops about midway through and has no interaction with the main wall reinforcement (see Figure 4)? Who considers the adequacy of this? There is a growing sense that if such a continuity system appears in a distributor’s catalogue (in a standard configuration), that this ‘will do’, but this ignores the essential need to ensure that reinforcement continuity systems (which are often ‘chosen’ rather than specified) can accommodate the structural design.

The engineering concerns expressed early in this article are as relevant today as they were all those decades ago, hence the message … ‘reinforcement continuity strip – a structural component, not an accessory’.